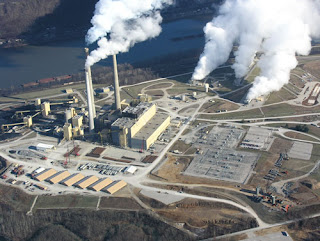 The Supreme Court has blocked Obama administration rules designed to sharply limit the hazardous air pollutants that spew from the nation's power plants. The justices by a 5-4 vote agreed with the coal industry and Republican-led states that said the forced cutbacks were too costly and could lead to power outages. Justice Antonin Scalia, speaking for the majority, said it was not reasonable for the Environmental Protection Agency to proceed with the new rules without weighing their cost, estimated to be about $9.6 billion a year. "It will be up to the agency to decide — as always, within the limits of reasonable interpretation — how to account for cost," Scalia said.

The decision is a win for Michigan and several other Republican-led states that joined the power industry in challenging the rules.

The so-called "Mercury and Air Toxins" rule has been 25 years in the making. Congress in 1990 strengthened the Clean Air Act and told the EPA to identify the major sources for more than 180 hazardous air pollutants, including mercury and arsenic. And once the agency decided coal and oil-fired power plants were a major source of these pollutants, the EPA was told to adopt regulations that were "appropriate and necessary" to limit these emissions.

Mercury is highly toxic in the air and the water, and it builds up through the food chain. It is particularly dangerous for a pregnant woman and her developing baby. Other toxic pollutants are believed to trigger asthma attacks. But the rules took far longer than lawmakers had anticipated.

The Clinton administration completed the study and prepared the rules, but  the George W. Bush administration put forward an alternative rule that was not adopted by Congress. Under President Obama, the EPA issued proposed regulations in 2012 that were to take full effect this summer. Lawyers for the coal and electric power industries went to court, alleging the costs of the new rule would vastly outweigh the benefits. They said the rules would cost $9.5 billion a year, while the benefit of removing mercury from the air would be only $5 million a year.

The EPA called this a false comparison. The agency said the rules would save 11,000 lives per year. And if all the impact of all the hazardous pollutants were considered, the EPA said the cleaner air would yield public health benefits of more than $37 billion a year.

Last year, a U.S. appeals court here upheld the regulations as justified under the law. But to the surprise of environmentalists, the Supreme Court agreed to hear the legal challenge brought by the affected industries and by Michigan and a coalition of states that rely on coal-fired power plants. The case of Michigan vs. EPA posed a major test of whether the conservative-leaning high court would uphold the far-reaching regulations of a liberal administration.

An even bigger legal fight lies ahead on whether Obama and the EPA can impose climate-change regulations that would force a 30% reduction in carbon pollution by 2030.  (L.A. Times, 6/29/2015)
Posted by Norris McDonald at 12:33 PM No comments: