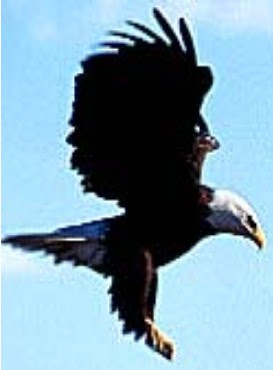 It is about time. Bill Clinton should have done it before he left office but was afraid to. Eagles are everywhere, even in the suburbs and around major development projects, such as the Woodrow Wilson Bridge replacement south of Washington, DC. So Interior Secretary Dirk Kempthorne has decided to take the raptor off of the Endangered Species List at a ceremony near the Jefferson Memorial on June 28.

The Endangered Species Act combined with a ban on DDT worked. DDT was successful in eliminating malaria as a problem in the United States and should be used in African countries to do the same. And then reduce its use or eliminate it once the malaria problem is solved. But we digress. It is now estimated that there are approximately 10,000 nesting pairs of bald eagles, including at least one pair in each of the 48 contiguous states. This compares to only 417 such pairs in 1963. The eagle's nesting habitat will still be protected.
Posted by Norris McDonald at 3:53 PM No comments: 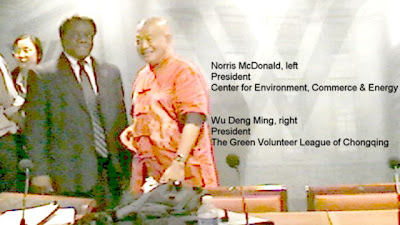 The Fantastic Five of Coal-To-Liquids (CTL) in Congress

The Fantastic Five of coal-to-liquids in Congress include (coal state production status):

The Center supports CTL based on national security and believes such production should be directed primarily to and for the military. Coal is the fuel for 52% of the electricity production in the USA.
Posted by Norris McDonald at 11:53 AM No comments:

We agree with energy legislation to increase fuel economy standards to 35 miles per gallon for cars from the current requirement of 27.5.
Proposals to burden utility companies with a requirement to get 20 percent of electricity from renewable sources is a prescription for disaster. All wind and solar sources will have to be backed up by conventional sources. So ratepayers will get less for more money. Ratepayers are already suffering from rate shock from the adjustments now being made from deregulation that was botched by government meddling.
We disagree with banning new coal-fired power plants unless they capture and sequester their carbon dioxide emissions. We should not legislate such a requirement until infrastructure is in place by the nation to deal with the carbon dioxide problem. This includes a nationwide carbon dioxide pipeline system that will transport the gas to subterranean locations. Utilities and ratepayers should also be protected from unforeseen consequences of sequestering carbon dioxide. Placing unreasonable reqirements that utilities cannot meet will lead to litigation and not greenhouse gas reductions.
Posted by Norris McDonald at 1:51 PM No comments: 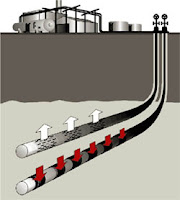 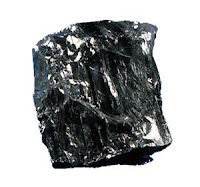 Sequestration and Integrated Gasification Combined Cycle (IGCC) are being touted as solutions to reducing the carbon footprint of coal-fired electric power plants. This combination is the new mantra of politicians much as the 'wind and solar' combination is the mantra of traditional environmentalists. But saying it will not get us there. There are some pratical engineering steps that will need to be addressed by the public before sequestration and IGCC can become reality.
First there must be a nationwide pipeline that can transport carbon dioxide to various underground storage areas. Of course Not In My Backyard (NIMBY) advocates work to prevent almost every proposed development project, particularly high-powered electricity line and natural gas pipelines. The Energy Policy Act of 2005 has given the Federal Energy Regulatory Commission (FERC) authority to override state authority in the national interest, but it is yet to be proven that this new law will be effective in this regard.
The volume of gases being sequestered must also be reduced. Since nitrogen makes up almost 80 percent of that volume it must be removed, to the largest extent practicable, from the stack gases. To the extent practicable oxygen should be the exclusive gas in the firebox. By using an almost pure oxygen feed into the firebox a pure stream of carbon dioxide will be created in the flue gas. Where will this oxygen come from and how will it be economically produced? From the hydrolysis process used to separate hydrogen and oxygen in water. As we move towards a hydrogen economy the oxygen produced from hydrolysis can be in the other pipe heading back to the power plant next to the carbon dioxide pipeline going to geological stoarage areas. Significantly reducing the volume of nitrogen in the sequestration stream will provide more capacity in the valuable subterranean storage areas. The higher oxygen content as a feed gas should also increase the efficiency of the burn, particularly in supercritical boilers.

Finally, some sort of 'hold-harmless' provision (byond limited liability) will have to be assigned to sequestration companies and the federal government should assume liability for unforeseen consequences of sequestration. After all, it is the public that is demanding more and more electricity in a global warming world 24-7-365.

Posted by Norris McDonald at 5:48 AM No comments: 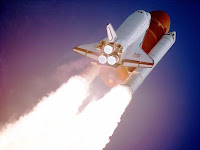 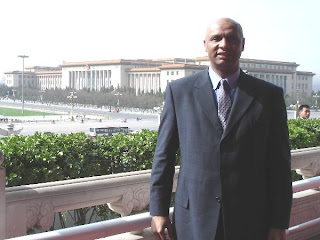 Center Vice President Derry Bigby will meet with officials from the Asian Development Bank at their headquarters in Manila, Phillipines to discuss including nuclear power as a carbon dioxide emission reduction allowance under their greenhouse gas trading program. The Center was the first environmental group in the U.S. to publicly support the use of nuclear energy as a clean source of power for developed as well as developing countries. The Center is now working to get nuclear power included as a legitimate allowance in greenhouse gas trading programs through our Green Carbon Bank and Carbon Mercantile Exchange.
ADB is currently reviewing its energy strategy. The Associated Press reported that the Asian Development Bank is interested in moving to embrace nuclear energy as a green power source for rapidly expanding Asia. There appears to be some opposition in the bank to adopting nuclear power as an allowance option. The Center hopes to positively influence their decision on this important and clean energy source that can help in mitigating the effects of global warming.
Bigby, pictured above at the People's Congress in Beijing, and Center President Norris McDonald returned from China and Hong Kong last month where they experienced first hand the extremely polluted state of the environment there. As an organization that believes it is critical that Asia develops nuclear energy, the Center is encouraging the bank to support continued development of Asia in a way that does not compromise the health of its people .
Posted by Norris McDonald at 11:04 AM No comments: 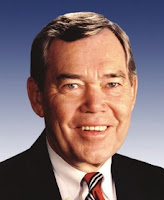 Senator Craig Thomas, right, died on June 4 after a long fight against acute myeloid leukemia. Senator Thomas was 74 and died at the National Naval Medical Center in Bethesda, Maryland. Senator Thomas was reelected last year with 70 percent of the vote.
Senator Thomas served on the Senate Energy & Natural Resources Committee and the Agriculture and Nutrition and Forestry Committees. He was a leader on rural issues and restoring the nation's parks, including Wyoming's Yellowstone. He also had a fine and consistent conservative voting record.
Posted by Norris McDonald at 9:56 AM No comments:

The U.S. Environmental Protection Agency (EPA) and the U.S. Army Corps of Engineers issued joint guidance for their field offices to ensure America's wetlands andother water bodies are protected under the Clean Water Act (CWA). The guidance clarifies those circumstances wherea person may need to obtain a CWA Section 404 permit before conducting activities in wetlands, tributaries, and other waters.
The guidance is consistent with the Supreme Court's decision in the consolidated cases Rapanos v. United States and Carabell v. United States regarding the scope of the agencies' jurisdiction under the CWA. Specifically, this guidance discusses the agencies' protection of three classes of waters through the following actions:

1) Continuing to regulate "traditionally navigable waters," including all rivers and other waters that are large enough to be used by boats that transport commerce and any wetlands adjacent to such waters;
2) Continuing to regulate "non-navigable tributaries that are relatively permanent and wetlands that are physically connected to these tributaries"; and
3) Continuing to regulate based on case-by-case determinations for other tributaries and adjacent wetlands that have certain characteristics that significantly affect traditionally navigable waters.
The guidance supports a strong regulatory program that ensures no netloss of wetlands, which is one of three key elements to the BushAdministration wetlands policy. The other two elements include an active management program that will result in the restoration, enhancement and protection of three million acres of wetlands by 2009 and a commitment to conserve isolated wetlands such as prairie potholes. More information.
Posted by Norris McDonald at 1:49 PM No comments:

China, India and the U.S. all issued global warming proposals in anticipation of intense discussions of the G-8 Summit meeting this week. All of the plans have been dismissed by critics as posturing for the summit. One thing is certain: commerce is king in the global warming world. Hydrocarbon fuels are the queen. India and China make a good point that alsthough they will be huge contributors to the global warming problem, they did not create it. The industrialized countries have caused global warming in order to become prosperous. China and India want the same prosperity and nothing will stand in their way of pursuing it. Also see Wash Post article on China plan.

China and India are signatories to the Kyoto Protocol but because they are labeled as a developing countries, they are excluded from the emissions caps. Labeling China as a developing nation is ridiculous. China is ahead of the USA in many areas.
Posted by Norris McDonald at 7:13 AM No comments: