Pepco Holdings has agreed to be acquired by Chicago-based nuclear energy giant Exelon in an all-cash deal.  Exelon's all-cash transaction is based on a $27.25 share price that represents a 24.7 percent premium to Pepco Holdings’ closing price of $21.85 on April 25. That would value the deal at about $6.8 billion based on the number of outstanding shares reported in Pepco’s most recent securities filing.

The agreement comes three years after Exelon bought Baltimore-based Constellation Energy Group, parent of Baltimore Gas and Electric, for $7.9 billion in a deal that extended Exelon’s reach into 38 states and two Canadian provinces. 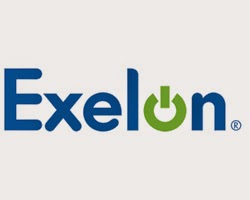 Exelon, which owns 23 nuclear power plants, is acquiring a gas and electric transmission company that is one-fifth its size. Pepco, having sold its power plants several years ago, no longer generates its own electricity and instead buys it from others. Pepco has more than 2 million customers stretching from Washington and its Maryland suburbs, east to the Delaware shore and north to New Jersey.

The deal has been approved by the boards of directors at both companies and must still be endorsed by Pepco shareholders. Exelon also agreed to provide up to $100 million — or about $50 a customer — to give Pepco customers benefits such as rate credits, assistance for low income customers and energy efficiency measures.

Like the earlier merger, this one will require approval from the Federal Energy Regulatory Commission, which will weigh Exelon’s potential market power. It also will require an antitrust review by the Justice Department and the Federal Trade Commission, as well as approval by the public service commissions in three states and the District of Columbia. In the past, some mergers — such as Florida Power & Light’s bids for Constellation and Entergy — have been scuttled by the failure to obtain approvals.

Exelon’s vast portfolio of nuclear power plants generates 55 percent of the power it sells. Its reactors are at 14 facilities in Illinois, Maryland, Nebraska, New Jersey, New York and Pennsylvania. It also owns 32 fossil fuel plants that stretch from Utah to Texas to Massachusetts.

Pepco, formerly the Potomac Electric Power Co., began as a subsidiary of a Washington electric streetcar company, selling its surplus power to other cable car operators. The company sold off the transit part of the business under the Public Utility Holding Company Act of 1935 and concentrated only on selling power to businesses and residential customers.  (Wash Post, 4/30/2014)
Posted by Norris McDonald at 12:30 PM No comments:

The U.S. Environmental Protection Agency (EPA) is seeking public comments on the draft action plan for its RE-Powering America’s Land Initiative. The plan guides EPA’s efforts over the next two years to encourage renewable energy development on current and formerly contaminated lands, landfills and mine sites when such development is aligned with the community’s vision for the site. The cleanup of contaminated land and the production of renewable energy will provide long-term improvements to air quality in communities, while protecting public health.

In 2010, the RE-Powering America’s Land Initiative published its first management plan to provide a useful framework to engage stakeholders on the potential to site renewable energy on contaminated lands and track progress. This second action plan, Action Plan 2.0, identifies activities planned for the next two years.
The agency will solicit comments for 30 days. Comments on the proposed plan are due by Friday, May 30.

A copy of the draft Action Plan 2.0
Posted by Norris McDonald at 12:09 PM No comments: 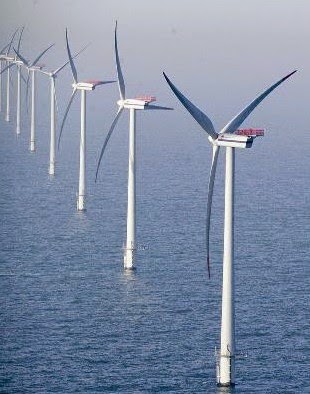 Deepwater Wind is the provisional winner of two offshore wind energy sites located in the federal waters off the coasts of Rhode Island and Massachusetts.  A competitive lease auction – the first-ever auction held in the United States for commercial offshore wind development – was held by the U.S. Department of the Interior’s Bureau of Ocean Energy Management (BOEM) for two parcels, totaling more than 164,000 acres, in BOEM’s Wind Energy Area on the Outer Continental Shelf roughly 17 miles south of Rhode Island, between Block Island, Rhode Island, and Martha’s Vineyard, Massachusetts.

Deepwater Wind’s winning bid of $3.8 million for the two sites came in the eleventh round of the competition. Deepwater Wind previously paid a $900,000 deposit to participate in the auction, with the remainder of the bid amount to be paid in the coming months when the official lease is signed for the sites. In addition, Deepwater Wind will pay the federal government annual rent payments of approximately $500,000 beginning this year, until a wind farm is operational on the site. Once the wind farm is operational, Deepwater Wind is obligated to pay the federal government an annual royalty fee based on the value of the energy produced.

At a capacity of up to 1,000 megawatts (MW), DWEC is the largest offshore wind farm ever planned in the U.S., located in deeper ocean waters and farther from shore than any other project.  DWEC will produce enough energy to power approximately 350,000 homes – and displace over 1.7 million tons of carbon dioxide emissions annually.

Deepwater Wind is also actively developing the 30 MW Block Island Wind Farm, about three miles off the coast of Block Island, R.I. The permits for this demonstration-scale wind farm are currently under review by state and federal agencies.  (Deepwater Wind)
Posted by Norris McDonald at 9:47 AM No comments:

The Supreme Court in a 6-2 decision Tuesday upheld a rule that allows the Environmental Protection Agency to regulate air pollution from power plants that crosses state lines.  The rule requires 28 states in the East, Midwest, and South to cut back on sulfur and nitrogen emissions from coal-fired power plants that “contribute significantly” to air problems in other states.

Under the Clean Air Act, the Good Neighbor provision gives the EPA the authority to regulate interstate pollution that interferes with the country’s ability to maintain or achieve national air quality standards, which protect public health. 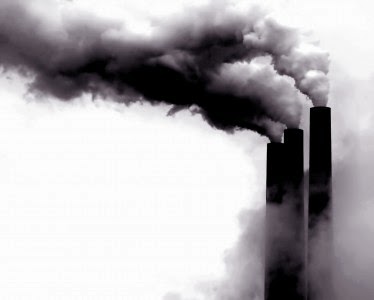 The EPA finalized the pollution rule in 2011, but the D.C. Circuit Court of Appeals struck it down last year, after a challenge from 15 upwind states and utilities.
Opponents of the regulation argued that, until the EPA fills in the blank on what “contribute significantly” means, they cannot adequately regulate or enforce the pollution rule, leaving states to guess.  But the EPA contended that the rule allows states three years to form their own implementation plan while giving upwind states flexibility.

Once fully implemented, the pollution rule is expected to help cut back the “one in 20 deaths in the U.S., 200,000 non-fatal heart attacks and 90,000 hospital admissions” a year that are a result of ozone exposure and fine particle emissions, according to the EPA.  It is also estimated that the rule will save people across the designated states billions of dollars in annual health and environmental costs.  (The Hill, 4/20/2014)
Posted by Norris McDonald at 8:04 AM No comments: 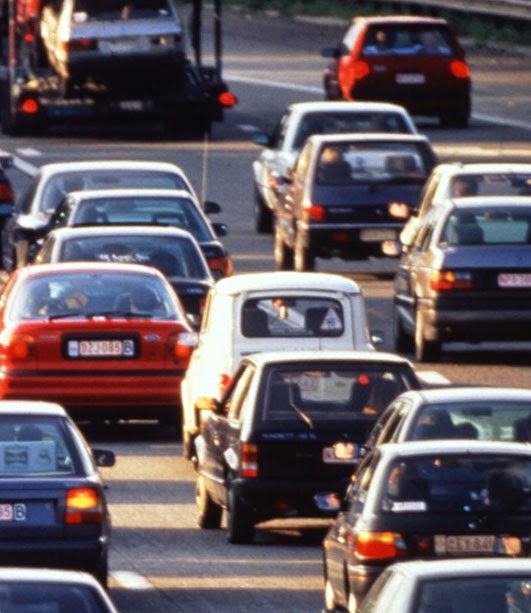 The U.S. Environmental Protection Agency (EPA) has released a Manufacturers Performance Report that assesses the automobile industry’s progress toward meeting greenhouse gas (GHG) emissions standards for cars and light trucks in the 2012 model year – the first year of this fourteen year program. The report reveals that consumers bought cleaner vehicles in the first year of the program than the 2012 GHG standard required, and that automakers are off to a good start in meeting program requirements.

The data show that in model year 2012, the industry reduced tailpipe carbon dioxide emissions, and also used the optional flexibilities built into the standards. Those flexibilities include emissions credits for improvements in air conditioning systems, and a system that allows transfer of emissions credits from year to year, and among manufacturers. These flexibilities allow greater emissions reductions, lower compliance costs, and more consumer choice, all while providing manufacturers with options on how and when to make reductions. Because of the program’s multi-year structure, EPA will not make formal compliance determinations for the 2012 model year until 2015. EPA will be closely tracking progress towards compliance, and intends to issue annual Manufacturers Performance Reports on the program.

The trend towards more efficient, cleaner cars and trucks continued in model year 2012. According to EPA’s most recent Fuel Economy Trends Report, fuel economy improved by 1.2 mpg in 2012 compared to 2011, the second biggest improvement in the last 30 years. Further, in 2013 there were twice as many sport utility vehicle models that achieved at least 25 miles per gallon (mpg), and seven times as many car models that achieved 40 mpg or more, compared to just five years ago.

The GHG emission standards are projected to cut 6 billion metric tons of greenhouse gases over the lifetimes of vehicles sold in model years 2012-2025 – more than the total amount of carbon dioxide emitted by the United States in 2012. The standards are also projected to save consumers who purchase a new model year 2025 vehicle more than $8,000 in fuel costs over that vehicle’s lifetime. (EPA)

Posted by Norris McDonald at 10:26 AM No comments: 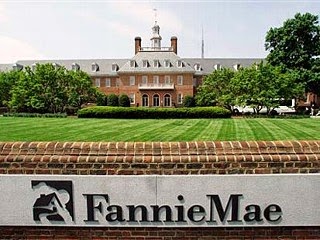 Lawmakers are rallying around a core set of principles crafted by Senate Banking Committee Chairman Tim Johnson (D-S.D.) and ranking member Mike Crapo (R-Idaho) that could lead to the dissolution of federal mortgage giants Fannie Mae and Freddie Mac.
ADVERTISEMENT

The Johnson-Crapo proposal would eventually dismantle government-controlled mortgage giants Fannie and Freddie, and replace them with a Federal Mortgage Insurance Corporation (FMIC) over a period of at least five years.  In order to reduce the government’s role in the market, the new agency would charge fees to provide a federal backstop on mortgage-backed securities and would only step in to cover losses once private investors have exhausted their 10 percent in capital reserves. The new agency’s underwriting standards are expected to set down payment requirements at 3.5 percent for first-time homebuyers and at 5 percent for most other borrowers.
Since Fannie and Freddie were taken over by the government in 2008 and given $188 billion in taxpayer funds to stay afloat, they have become the central backstop in the mortgage market, owning or backing about 60 percent of all mortgages. All told, the federal government guarantees about 90 percent of all new loans.
Democrats and industry advocates insist the housing market cannot function properly without some form of a government backstop in case of a catastrophe. Community groups and liberal lawmakers concerned about affordable credit have been slow to warm to it, and conservatives are balking at the size of the government’s footprint in the plan. (The Hill, 4/1/2014)
Posted by Norris McDonald at 10:05 AM No comments: