The U.S. Congress is considering raising the ethanol mandate from 7.5 billion gallons to 36 billion gallons. They want 20 of the 36 billion gallons to come from cellulosic (stalks, biomass) ethanol by 2022, which is more than six times the capacity of America's 115 ethanol refineries.
Some of the largest American ethanol companies and investors investing in Brazil are George Soros, Archer Daniels Midland and Cargill. Brazil also participates in the Interamerican Ethanol Commission with former Florida governor Jeb Bush. George Soros is backing a company in Brazil, Adecoagro, which plans to spend $1 billion to build three plants over the next five years. Goldman Sachs and Carlyle Group are also investing in new ethanol plants in Brazil. The import of Brazilian ethanol to the U.S. is constrained by the 51-cent per gallon subsidy paid to American corn ethanol producers and by the 54-cent per gallon tariff on imported ethanol. However, of the 680 million gallons of ethanol the U.S. imported in 2006, 500 million gallons came from Brazil.
There is also indirect pressure in Brazil to increase soy production in response to corn displacing soy for ethanol production in the United States. Bunge is one of the largest soy traders in Brazil and is headquartered in White Plains, N.Y. (Wash Post, Business, 7-31-07)
Posted by Norris McDonald at 10:24 PM No comments:

Posted by Norris McDonald at 6:07 AM No comments:

Unistar has submitted a Combined Operating License (COL) application to the Nuclear Regulatory Commission (NRC) to build a 1,600-megawatt Evolutionary Power Reactor (EPR) at the current Calver Cliff's location, which is about 50 miles from Washington, DC. Unistar is a project of Constellation and France's nuclear power company Areva, which designed the EPR. Constellation has also agreed to partner with Electricite de France (EdF) to create Unistar Nuclear Energy to own and operate a fleet of EPR plants in the US and Canada.
Competitive Power Ventures is proposing to build a $400 million 600-megawatt natural gas-fired power plant in Waldorf, Charles County, about 25 miles from Washington, DC. The plant would provide electricity for about 600,000 homes. The plant would provide $2 million in annual revenue for the county. The 77-acre site was sold to CPV byAmerican Communities Properties Trust. (Wash Post, World Nuclear News)
Posted by Norris McDonald at 10:16 PM No comments:

Beijing is signing an agreement with Paris to build two third-generation European Pressurized Water Reactors (EPR) nuclear reactors in China A letter of intent is to be signed by French nuclear group Areva, electrical giant EDF and their Chinese partner China Guangdong Nuclear Power Corp (CGNPC). CGNPC, based in the southern province of Guangdong, is the historic partner of Areva and EDF in China. It runs the Daya Bay and Ling Ao power stations, which the French companies helped to construct in the 1980s and 1990s.

It is being reported that the China-France contract is worth up to Euro 6 billion (US$8.25 billion). The cost of the first EPR built by Areva in Finland was estimated to be three billion euros. The two third-generation reactors will boost CGNPC's output by 3,200 megawatts. The deal must be ratified by French and Chinese authorities.

Westinghouse Electric Co -- Areva's main competitor for the supply of nuclear reactors to China signed deals to build four nuclear power plants in China. US, European and Russian suppliers of nuclear power technology have all been competing to get contracts in China, where as many as 32 nuclear plants are expected to be built by 2020. (CHINAdaily)
Posted by Norris McDonald at 8:24 AM No comments:

The China Energy Conservation Investment Corporation, (CECI), a state-run company that promotes energy saving, started building a wind farm this year with a capacity of 200 megawatts at Zhangbei in North China's Hebei Province.

Beijing wants 20 percent of the electricity for the 208 Olympics to come from wind turbines.
Posted by Norris McDonald at 10:05 PM No comments: 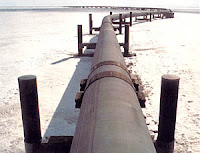 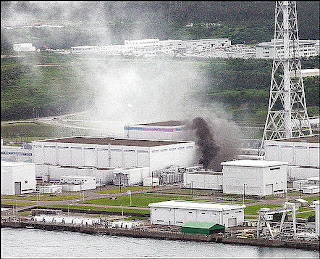 One of the world's largest nuclear facilities, owned by Tokyo Electric Power, withstood a 6.8 magnitude earthquake in Japan's northwest coast, but lost about 2 quarts of water from the spent fuel rod pool, which leaked into another supply of water and 315 gallons of that water were pumped into the sea. A fire also broke out at an electrical transformer at the site. All-in-all it appears that the facility was more than robust enough to withstand a powerful earthquake. Just as in the case of Three Mile Island, the design features worked. Nobody was killed or injured. Of course, because Tokyo Electric Power has a history of inaccurate or delayed reporting, we will probably have to wait to get the full picture. Nine people were killed and about 900 were killed in other parts of Northwest Japan due to the earthquake.

The Center takes any leak of radioactive material from nuclear plants very seriously. This facility should be thoroughly assessed and any damage repaired. Japan, like the U.S. should accelerate its program to resolve the spent fuel issue. The USA has Yucca and Japan reprocesses some of its spent fuel. The good news is that nuclear plants in Japan and the USA, and in other countries around the world, are built to withstand earthquakes. Japan has 53 nuclear power plants that provide between 30 and 40 percent of that country's electricity. The Nuclear Safety Commission and Japan Nuclear Safety Organization (JNES) oversee nuclear safety in Japan . The Japan Atomic Energy Agency is the central nuclear energy research organization. (The Washington Post) Photo: AP
Posted by Norris McDonald at 11:07 AM No comments:

Biologists Are Back 'In' Because of Biofuels 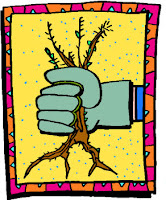 BP recently commissioned the Energy Biosciences Institute and dedicated $500 million to the Univ of California , Berkeley, Univ of Illinois at Urbana-Champaign and Lawrence Berkeley National Laboratory to develop biofuels. The new push for biofuels is putting biologists at the front of the corporate employment line. They are in demand for research and development on cellulosic ethanol made by breaking sown cellulose. Ethanol can be made easily from corn but is much harder to make from stalks and straw. Cellulosic ethanol is produced from such plant materials as rice straw, wood chips, switchgrass, poplar trees and corn stalks.
At companies such as Chevron Corp and ConocoPhillips, the geologists and petroleum engineers lack the skill to create biofuels. The companies now seek plant biologists, chemical engineers, molecular biologists, agronomists and geneticists for biofuels research. (The Wall Street Journal, 7-10-07)
Posted by Norris McDonald at 3:29 PM No comments:

Videos of the Center for Environment, Commerce & Energy

VIDEOS
Have you viewed the Center videos lately. Just click on the link above and enjoy videos from our trip to China and other exciting adventures in environmental protection.

Posted by Norris McDonald at 10:33 PM No comments:

Ford & Southern California Edison Partner On Plug-In Hybrid
Ford Motor Company and Southern California Edison are partnering to test plug-in hybrid vehicles. Ford will begin sending 20 plug-in Escape SUVs to Edison, which will deliver them to some of its 13 million customers in 11 central, coastal and southern California counties outside Los Angeles. The utility will measure data on the vehicle's range, durability, and impact on the power grid. Plug-ins can be charged in regular outlets. General Motors introduced its plug-in Chevrolet Volt earlier this year. Mass production has been held back by costs and battery technology that limit the vehicles' range.
The Center supports plug-in fuel cell hybrid electric vehicles as the best available technology to reduce gasoline consumption and global-warming greenhouse gas emissions. Combined with nuclear power plants no emissions are released into the atmosphere. Plug-in hybrids generally have batteries that power an electric motor with an internal combustion engine for use when the batteries run low. The Center favors replacing the internal combustion engine with a fuel cell.
Posted by Norris McDonald at 2:10 PM No comments:

The Center supports electrolysis from nuclear power plants as the preferred alternative for producing hydrogen for a hydrogen economy. Of course, fossil fuels will always be a part of the U.S. economy. Electrolysis uses an electric current to separate hydrogen from oxygen in water. The Center is also promoting the use of burning coal in pure oxygen in the firebox to reduce the volume of gases targeted for sequestration. Nitrogen makes up almost 80 percent of that volume.
Right now about 95% of hydrogen production in the U.S. comes from natural gas. Hydrogen is produced using a process called natural gas reforming whereby high temperature steam (700-1000 C) under pressure causes a reaction with methane to separate the hydrogen, carbon monoxide and small amounts of carbon dioxide. Natural gas contains methane (CH4). Propane, ethanol and gasoline can also be used in this process.
MORE
Posted by Norris McDonald at 1:53 PM No comments: