Baltimore-based Constellation Energy Group has terminated its proposed $10.8 billion sale to FPL Group because uncertainty over regulatory and legal issues in Maryland. The ratepayers of Maryland have been hurt by this cancellation. Size matters in the 21st Century utility sector. The sale would have created one of the largest utility companies in America. Now Constellation will have to fend for itself in compettive utility waters. The Maryland Legislature should be ashamed of itself for creating this debacle. Maryland ratepayers will pay for their folly. Are you listening Mike Miller?

FPL Group derives most of its revenue from its utility subsidiary, Florida Power and Light. Constellation operates Baltimore Gas and Electric. The deal was delayed by legislation passed during a special summer session of the Maryland General Assembly focusing on increased electric rates. The Maryland Court of Appeals ruled that the legislature wrongly fired the five members of the Public Service Commission. It let stand a measure barring the sitting commission from approving the merger. (Wash Post)
Posted by Norris McDonald at 1:52 PM No comments:

Demand for electricity is expected to increase over the next 10 years by 19 percent in the U.S., but confirmed power capacity will increase by only 6 percent. The transmission system requires additional investment to address reliability issues and economic impacts. The NERC report identifies 22 necessary actions that encompass all areas of the bulk power system including generation, transmission, fuel supply and delivery, and demand response. Specific recommended actions include:

Posted by Norris McDonald at 5:12 PM No comments:

Coal Is Not Going Anywhere 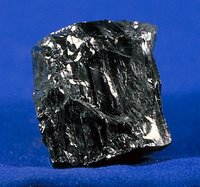 All of the talk about global warming has not stopped or even slowed down the coal-fired power plant industry. They plan to build coal-fired plants just as fast as they can. A new report documents that growth: "Tracking New Coal-Fired Power Plants: Coal's Resurgence in Electric Power Generation."

Google plans to provide 30 percent of the electricity for its Mountain View headquarters complex in California with solar power. That sounds like a reasonable target because photovoltaics have a 30 percent capacity factor. The system will use 9,200 solar cells, which could power 1,000 homes. Google is not disclosing the purchase price (photovoltaics are expensive) but estimates are around $10 million with a 5 to 10 year payback. The system is being installed by Pasadena, Calif-based El Solutions, a division of Energy Innovations.

Google will still use power from the grid provided by Pacific Gas & Electric. That is the central weakness of Photovoltaic system - - they still need grid back up. (NYT)
Posted by Norris McDonald at 3:32 PM No comments:

We Love Our Oil in America (Everywhere Else Too)

Op-Ed Columnist Robert J. Samuelson is being wasted at The Washington Post. He should be running The Nature Conservancy or ExxonMobile. He gets the energy picture in relation to American pursuits of happiness.

He opens with, "Our main energy problem is our huge dependence on imported oil." He closes with, "Because Americans want painless salvation, our politicians proffer visions that promise just that." The information in the rest of the article (linked above) is quite informative for the casual reader.
Posted by Norris McDonald at 11:53 AM No comments:

Constellation Energy Group Inc. agreed to sell six power plants to Tenaska Power Fund LP for $1.64 billion in cash. Constellation, the parent of Baltimore Gas & Electric estimates it will net $1.5 billion and record a one-time gain of $245 million. The gas-fired plants to be sold generate 3,145 megawatts of power. The plants include:

The plants helps Constellation improve its balance sheet. The gas-fired plants did not help the competitive supply portfolio or efficiencies of the baseload coal and nuclear plants. (AP, Examiner)

Posted by Norris McDonald at 4:02 PM No comments: 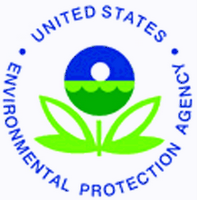 EPA reached settlements on Sept. 27 with BP Products and Shell, and two Shell subsidiaries Motiva and Equilon Enterprises LLC for threatening public health by producing noncompliant gasoline. EPA sets gasoline and diesel fuel standards under the Clean Air Act to reduce air pollutants such as smog, carbon monoxide and air toxics from motor vehicles. The companies, however, produced and distributed gasoline that failed to meet the regulatory requirements.

Use of noncomplying fuel in motor vehicles can cause an increase in emissions that can significantly harm public health. The settlements resolve violations of various fuel standards that occurred from 1999 through 2004 at retail outlets, terminals and refineries located throughout the U.S. A number of the violations involve the summertime gasoline standard for volatility, or tendency to evaporate, which is intended to reduce smog-causing hydrocarbon emissions. Some of the violations were self-reported by BP and Shell, while others were discovered through EPA's inspection and compliance programs.