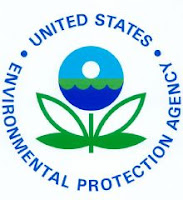 EPA is proposing changes to air quality permitting rules to provide increased flexibility and changes that would affect both EPA's operating permits and New Source Review (NSR) programs. Under the proposed changes to the operating permits program, a facility with a flexible permit would explain its operational plans and possible changes to those plans for the duration of the permit term typically 5 years. The state, local or tribal air quality permitting authority would include permit conditions to ensure protection of public health and the environment for all of those operating conditions. These flexible permits do not provide approval for operational changes not within the scope of conditions considered at the time of the permit application, and facilities would still be required to meet their requirements under the Clean Air Act.

The proposed revisions to the NSR program would govern when advance approvals of certain changes would be appropriate. EPA and states have been testing many of the flexible permittingapproaches for more than a decade. Based on the agency's evaluation of pilot projects, EPA expects that these proposed changes will promote significant environmental and economic benefits, while reducing administrative workload for both permitting authorities and facilities.

EPA will accept comment on this proposed rule for 60 days after it is published in the Federal Register. More about the proposal: http://epa.gov/nsr/actions.html#aug07
Information about EPA's New Source Review program: http://epa.gov/nsr/
Posted by Norris McDonald at 7:03 PM No comments:

Adam Werbach, left, gained some degree of fame by becoming the yougest president of the Sierra Club in 1996 at the tender age of 23. Of course he grew up and realized the Sierra Club, though not as extremist as some of the nuttier groups, is out of step with what is good for America. Now Mr. Werbach is consulting with Wal-Mart. Nothing wrong with that.
Werback designed the voluntary Personal Sustainability Project for Wal-Mart whereby the company's 1.3 million U.S. employees are each encouraged to take a step that will improve the environment.

Posted by Norris McDonald at 12:15 PM No comments:

Arcelor Mittal, left, the world's largest steelmaker, was forced to sell the Sparrows Point steel plant located in Baltimore by the Justice Department to preserve U.S. competition in production of tin-plated steel, used to make cans for food, aerosol sprays and paint.

Esmark, based in Chicago Heights, Illinois is headed by brothers James P. and Craig T. Bouchard and was founded in 2003. The Sparrows Point facility is the only fully integrated U.S. steel mill with direct ocean access. Sparrows Point accounted for 17 percent of Mittal's North American output and can produce about 3.9 million tons of steel products a year. The United Steelworkers Union, which represents about 2,500 Sparrows Point workers and about 15,000 retirees, must sign off on the ownership change under terms of its contract. (Wash Post)
Posted by Norris McDonald at 5:49 PM No comments:

The Energy Policy Act of 2005 (EPAct2005) made electricity reliability standards mandatory and enforceable. The law authorized the creation of a self-regulatory 'electric reliability organization' to develop and enforce the standards. The U.S. Federal Energy Regulatory Commission (FERC) approve the North American Electric Reliability Council (NERC) as the enforcing organization on June 20, 2006. The requirements became active on June 18, 2007. The provision of the law was included in the legislation because of the massive blackout in 2003 that left 50 million people with electricity. NERC can now order corrective measures and fines from $1,000 to $1 million per day.
Standards relate to the planning and operation of the bulk power system and covers such areas as balancing customer demand with generation supplies, emergency operations, cyber security, vegetation management and disturbance reporting. More than 1,400 entities must comply with the NERC reliabiility standards. (Transmission & Distribution World)
Posted by Norris McDonald at 10:19 AM No comments: