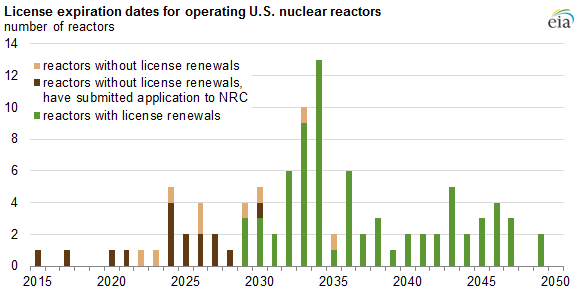 Following a two-year hiatus, the U.S. Nuclear Regulatory Commission (NRC) has resumed issuing license renewals for nuclear power plants. On October 20, the NRC renewed the operating licenses for Limerick Generating Station Units 1 and 2, located northwest of Philadelphia, extending their license expiration dates by 20 years, to 2044 and 2049, respectively. With this action, the NRC has granted license renewals providing a 20-year extension to a total of 74 of the 100 operating reactors in the United States. Nuclear power accounted for 20% of total power sector electricity generation in 2013.

Renewing an operating license is contingent on several factors, including the safe management and disposal of waste. The NRC must determine that it has reasonable confidence that spent nuclear fuel can and will, in due course, be disposed of safely. This is known as waste confidence. Waste confidence enables the NRC to license new reactors or renew their operating licenses without examining the effects of extended waste storage for each individual site pending ultimate disposal.

In June 2012, following the termination of the repository program at Yucca Mountain, the U.S. Court of Appeals for the District of Columbia Circuit struck down certain provisions of NRC's Waste Confidence Rule and stated that NRC should have analyzed the environmental consequences of never building a permanent waste repository. In response, the NRC issued an order in August 2012 that suspended actions related to issuing license renewals as well as new operating licenses, although the nuclear power industry continued to submit applications for license renewals. On September 18, 2014, the NRC issued the revised and renamed Continued Storage of Spent Nuclear Fuel rule, which became effective on October 20. With the issuance of the revised rule, the NRC may now resume issuing license renewals as well as new operating licenses.

NRC is currently reviewing license renewal applications for 17 reactors, including one for Indian Point Unit 2. Although the September 2013 expiration date of the original 40-year operating license for that plant is already past, NRC rules allow for continued operation of a reactor until the NRC completes its review of a pending license renewal if the application was submitted at least five years before the current license expires. Indian Point Unit 2, located on the Hudson River north of New York City, currently continues to operate according to this process, known as timely renewal. To date, Indian Point Unit 2 is the only reactor that has entered the process of timely renewal.

NRC also expects to receive license renewal applications from seven more reactors between 2015 and 2018. Plans for only one plant have not yet been announced; however, license expiration for this plant is not a near-term issue. 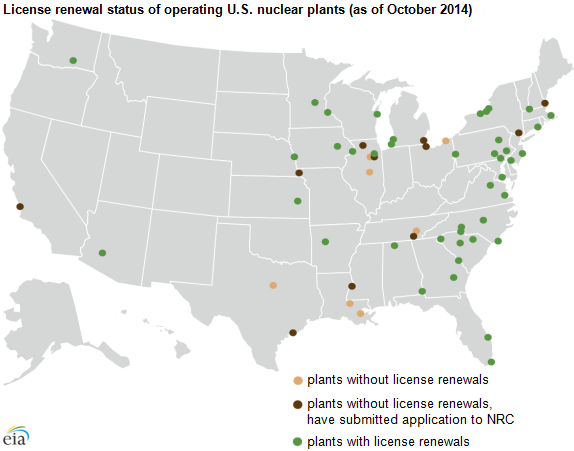 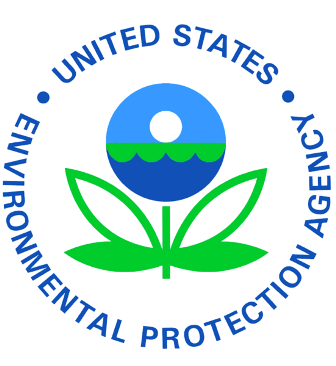 As part of the U.S. Environmental Protection Agency’s extensive outreach since issuing the propose dClean Power Plan, EPA is making additional information and ideas available for public comment in a notice of data availability (NODA). At the same time, EPA is following through on its commitment made in June to propose goals to reduce carbon pollution in areas of Indian Country and U.S. Territories where fossil-fuel power plants are located.
EPA has engaged in outreach to stakeholders since proposing the Clean Power Plan, including states, utilities, industry, public health and environmental groups, labor, and community groups. During the many meetings, conference calls, and the nearly 1.5 million public comments the agency has received so far, stakeholders have identified a wide range of ideas and information.
In issuing today’s NODA, EPA is seeking to ensure that all interested parties are aware of the issues and ideas that have been consistently raised by a diverse group of stakeholders, so that everyone has the opportunity to consider them as they formulate their comments, which are due on Dec. 1, 2014. Notices of data availability are commonly used to present additional information for the public to consider. They do not change a proposal, nor are they a complete summary of the wide variety of ideas that have been raised. They allow EPA to continue seeking ideas and comments on these and many other issues as the agency works toward a final rule that is flexible and empowers states to chart their own, customized path to meet goals for reducing harmful carbon pollution.
Today’s actions are part of the common-sense steps laid out in President Obama’s Climate Action Plan and the June 2013 Presidential Memorandum. Power plants account for roughly one-third of all domestic greenhouse gas emissions in the United States. While there are limits in place for arsenic, mercury, sulfur dioxide, nitrogen oxides, and particle pollution emissions, there are currently no national limits on carbon pollution from power plants.
In 2009, EPA determined that greenhouse gas pollution threatens Americans' health and welfare by leading to long-lasting changes in our climate that can have a range of negative effects on human health and the environment. Taking steady, responsible steps to cut carbon pollution from existing power plants will protect public health, continue the United States’ international environmental leadership, and move the nation toward a cleaner, more stable environment for future generations, while supplying the reliable, affordable power needed for economic growth.
Fact sheets and details about the NODA and the supplemental proposal
More information on President Obama’s Climate Action Plan:
Posted by Norris McDonald at 4:53 PM No comments: 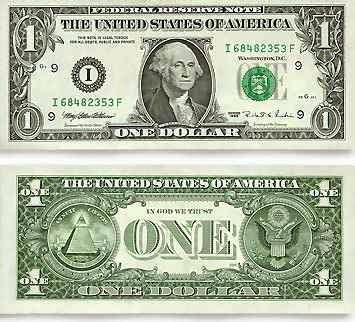 Five environmental groups are on track to spend more than $85 million on key races this year according to spending plans in an internal memo.  This is the largest amount ever spent by environmentalists in an election cycle.  Te five green groups:
1) the Environmental Defense Action Fund,

The record spending comes as green groups are worried about the fate of the Senate and the future of President Obama’s climate agenda, which they say is crucial to helping the U.S. and other nations curb greenhouse gas emissions and stave off disastrous climate impacts.
Out of those six Senate races, the groups have spent the most in Sen. Mark Udall’s (D-Colo.) reelection bid, totaling roughly $12.1 million. They have spent the second most in Rep. Bruce Braley’s (D) Senate bid in Iowa, totaling $7.2 million.
The groups have also spent $6.6 million on Rep. Gary Peters (D) in Michigan, $4 million on Sen. Jeanne Shaheen (D) in New Hampshire, $2.4 million for Sen. Kay Hagan’s (D) reelection in North Carolina and $1.9 million on Sen. Mark Begich (D) in Alaska.
NextGen Climate, founded by Steyer in 2013, has spent a little over $50 million in both state and congressional races as of Oct. 20. That puts NextGen in front as the biggest spender among the climate groups this election cycle. The League of Conservation Voters comes in second as it is poised to spend $25 million on campaigns. (The Hill, 10/27/2014)
Posted by Norris McDonald at 1:04 PM No comments:

Allison M. Macfarlane, chairman of the Nuclear Regulatory Commission, announced Tuesday that she will resign to take a teaching job at George Washington University.

Macfarlane, who still has more than three years left in her term, will leave Jan. 1 and become director of the university’s Center for International Science and Technology Policy.  Macfarlane is trained as a geologist and a former professor at George Mason University. Macfarlane has served as NRC chair since July 9, 2012.

Posted by Norris McDonald at 6:52 AM No comments:

Watts Bar 2, the nuclear reactor now approaching completion in Tennessee was dropped by the Tennessee Valley Authority in 1988 after spending about $1.7 billion, when it was supposedly 80 percent complete. In 2007, the T.V.A. board voted to restart work.  The reactor is expected to cost $4 billion. The reactor will be a source of almost 3,000 jobs. It will be the first reactor of the 21st century. 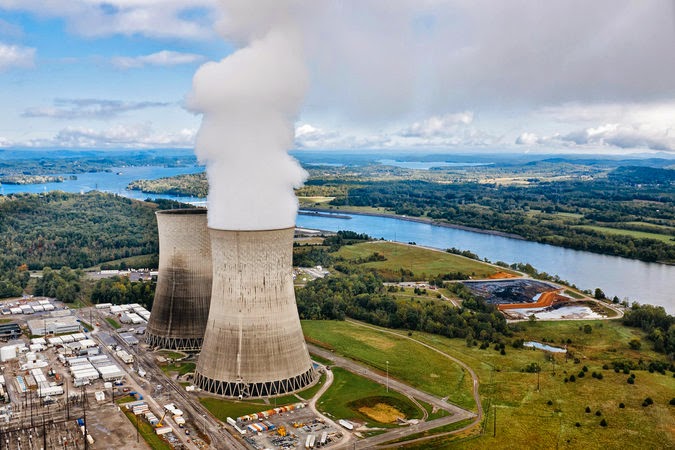 Posted by Norris McDonald at 2:58 PM No comments: 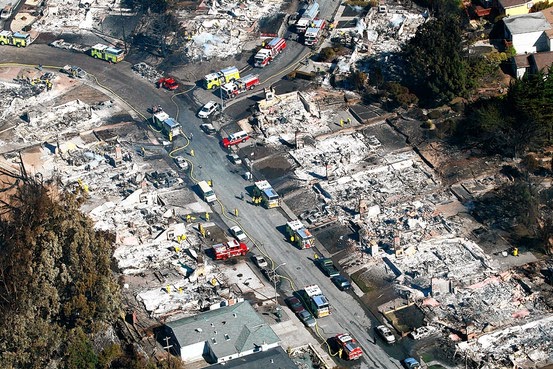 After nearly four years of investigation and hearings, Administrative Law Judges for the California Public Utilities Commission (CPUC) have recommended that PG&E be fined $1.4 billion for a series of violations of State and Federal law related to a gas leak, explosion and fire in San Bruno, California in 2010 that result in 8 deaths, dozens of injuries and extensive property damage. The CPUC also proposed fines associated with PG&E’s alleged failure adequately to maintain its gas facilities and to maintain records over several decades.
In four separate opinions, the ALJs found that PG&E committed 3,708 violations of various provisions the Code of Federal Regulations.  According to the ALJs’ orders, many of these violations occurred over a number of years, for a total of 18,447,805 days in violation. The $1.4 billion penalty, plus other amounts that the CPUC previously ruled must come from PG&E shareholders for expenditures to improve the safe operation of natural gas pipelines  brings the total of fines and required expenditures to more than $2 billion. PG&E has disclosed that the pre-tax impact of the fine on the Company, with related costs would be $4.75 billion.[
In addition to the civil penalties that have been proposed, PG&E has been accused in Federal indictments of criminal violations that would potentially expose the company to an additional $1.13 billion in fines if the company is convicted. The Company has pled not guilty to the criminal charges. A federal judge rejected PG&E’s motion  to remove reference to the San Bruno explosion from the criminal indictment against the company, ruling that the incident is a permissible count in  the government’s case.
The National Transportation Safety Board (NTSB) issued a Pipeline Accident Report following the tragedy finding:

the probable cause of the accident was the Pacific Gas and Electric Company's (PG&E) (1) inadequate quality assurance and quality control in 1956 during its Line 132 relocation project, which allowed the installation of a substandard and poorly welded pipe section with a visible seam weld flaw that, over time grew to a critical size, causing the pipeline to rupture during a pressure increase stemming from poorly planned electrical work at the Milpitas Terminal; and (2) inadequate pipeline integrity management program, which failed to detect and repair or remove the defective pipe section.
Contributing to the accident were the California Public Utilities Commission's (CPUC) and the U.S. Department of Transportation's exemptions of existing pipelines from the regulatory requirement for pressure testing, which likely would have detected the installation defects. Also contributing to the accident was the CPUC's failure to detect the inadequacies of PG&E's pipeline integrity management program.

[T]he range of potential fines that could be imposed in light of the violations is from $9.2 billion to $254.3 billion. Nonetheless, the amount of the penalty to be imposed must be significantly decreased in consideration of PG&E’s financial resources.

The ALJs’ fines and remedies order found that the CPUC is required by California law to remit any penalty portion of its order to the General Fund. PG&E argued that such a result is only necessary resulting from a civil action in state Court.  (Martens Law)
Posted by Norris McDonald at 11:34 PM No comments:

The average carbon dioxide emissions are also at a record low of 369 grams per mile in model year 2013.

Some additional top-line findings from the report:
The EPA estimates these standards will save American families more than $8,000 in fuel costs per vehicle by 2025.
Posted by Norris McDonald at 10:22 PM No comments:

Email ThisBlogThis!Share to TwitterShare to FacebookShare to Pinterest
Posted by Norris McDonald at 10:25 AM No comments: