The California Supreme Court voted Wednesday to let California air-quality regulators go ahead with a market-oriented cap-and-trade system of pollution credits to combat global warming while appealing a judge's order to look harder at alternatives. At issue is the implementation of AB32, California's first-in-the-nation global warming law, which requires the state to reduce emissions of carbon dioxide and other greenhouse gases to 1990 levels by 2020.

The state Air Resources Board's chosen strategy is cap and trade, which sets industrywide limits on emissions and reduces them each year through 2020. Businesses that exceed their maximums can buy allowances from other companies, and can also meet their goals through environmentally friendly actions such as planting trees anywhere in the world.

Plaintiffs in a California lawsuit, however, call the plan too weak and predict companies that buy the right to exceed emission limits will also spew more conventional pollutants on nearby communities.They won a ruling in May from San Francisco Superior Court Judge Ernest Goldsmith, who said the air board had not seriously considered other options, like strict, nontradable limits on emissions and a tax on gasoline and other carbon-containing fuels. He ordered the Air Resources Board to stop work on cap and trade until it conducted an environmental study of alternatives. 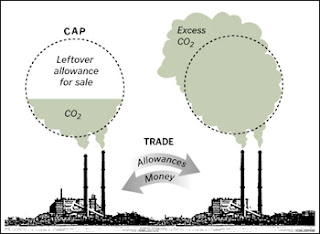 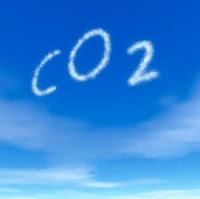 The board says it has already studied and rejected those options. It has also announced that it will delay enforcement of cap-and-trade rules against polluters until January 2013 to allow more time for preparation and fine-tuning.

In the meantime, the board has asked a state appeals court to overturn Goldsmith's ruling that it failed to conduct the full review required by state law. The appellate court has not ruled on that question, but it issued an order in June, without comment, suspending Goldsmith's injunction and allowing the air board to resume work on developing the cap-and-trade system during its appeal.

Plaintiffs in the lawsuit asked the state's high court to lift the stay and reinstate Goldsmith's order. The court unanimously refused Wednesday. (San Francisco Chronicle, 9/29/2011)
Posted by Norris McDonald at 12:07 AM