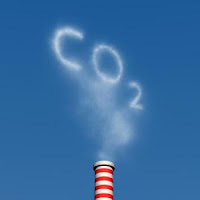 The Boxer/Kerry climate legislation was introduced in the Senate on October 23 and requires emissions cuts of 20 percent below 2005 levels by 2020, 42 percent by 2030 and 83 percent by 2050. Limits passed in the House are similar, except the 2020 reduction target is 17 percent. Boxer’s committee is holding three days of hearings (yesterday, today and tomorrow) on the 923-page bill and the committee might vote on it in November.

Both bills would establish carbon dioxide emission limits and require major polluters to buy pollution credits (allowances) after the government initially gives many away to ease the cost during the transition. Some senators believe utilities that don’t use coal will get more of the credits they need for free than coal-burning plants. Designing the allocation of allowances will be a huge undertaking. Here are some of the current plans:

In the Senate bill (Boxer/Kerry-S. 1733), utilities would get 35.5 percent of all allowances for free, manufacturers up to 15 percent and refiners 2.25 percent, the same as the House breakdown. The allocation formula for utilities uses a plan agreed to by members of the Edison Electric Institute, the utility industry’s Washington trade association, which bases free permits half on historical emissions and half on the amount of electricity sold.

In the House's Waxman/Markey bill (H.R. 2454), the cap-and-trade program allocates 85% of allowances to industry for free, auctioning the remainder. The revenue from these allowances will be used to finance conservation of tropical forests abroad and to support low-income households. 30% of the allowances will be allocated directly to local distribution companies (LDCs) who are mandated to use them exclusively for the benefit of customers. 5% will go to merchant coal generators and others with long-term power purchase agreements.

The Center supports allocating all of the allowances for free [except for 2.3% for price setting purposes] (Bloomberg.com, 10/27/09)
Posted by Norris McDonald at 1:35 PM